Banks in India are the "Live threats" of the failed objectives of public interest.

We the public of India have not realized that the Banks are confronting us through every windows of opportunity......

Cat culture of the Banks have destroyed the Social fabric.....

"They (International Banks) have often been found to deal in financial flows of suspect legality in one country, though not always in both countries involved. International Banks have the opportunity and incentive to conduct operations involving tax avoidance. Because of these operations, International banks enjoy significant influence over the political economy in several countries," - Dr. Reddy said, while delivering the Per Jacobsson Foundation Lecture 2012 on Sunday in Basel, Switzerland.

Empowerment, Entitlement, Education, Election, Employment..... Everything is based on money

Banks are enriched with enormous flow of  legitimate and illicit money .....

Enormous Money brought Anarchy and Arrogance to the Banking system...

In India- the Governments, the Executive and the Media, all will prefer to play a subservient role to the Banks for ulterior reasons.

Banks are the real rulers of India

Only we, the Public of India have to tactically "Bell the Cats (Banks)" to ensure our future... 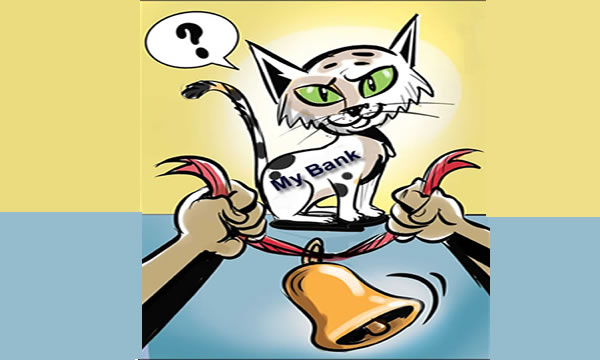 Join Us to achieve this Noble Cause

The Power of RTI

In the Honourable Supreme Court of India

Because an informed citizen has the capacity to reasoned action and also evaluate the actions of the legislature and executives, which is very important in a participative democracy and this will serve the nation's interest better which as stated above also includes its economic interests. Recognising the significance of this tool, it has not only been made one of the fundamental rights under Article 19 but also a Central Act has been enacted into effect on 12 October 2005 as the Right To Information Act 2005.

The ideal of "Government by the people"makes it necessary that people have access to information on matters of public concern. The free flow of information about affairs of Government paves way for debate in public policy and fosters accountability in Government. It creates a condition for "open Governance" which is a foundation of democracy. 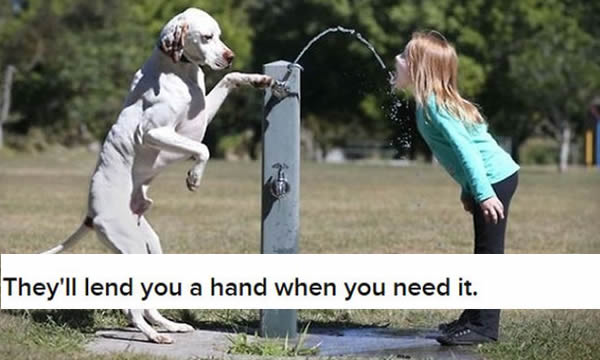 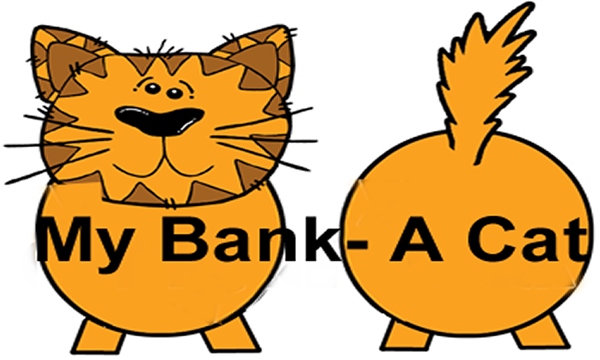 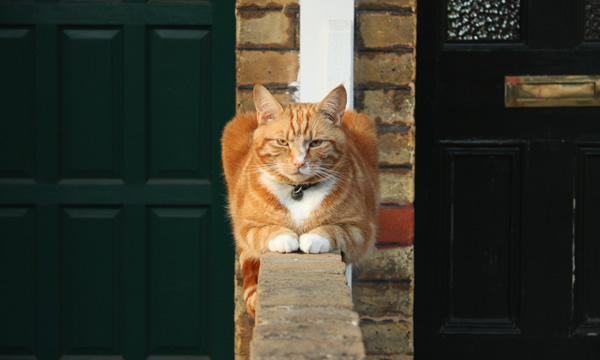 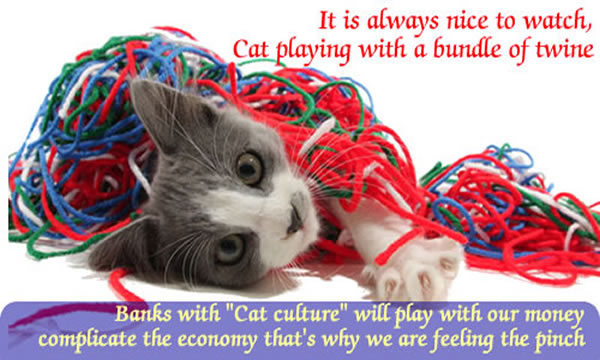 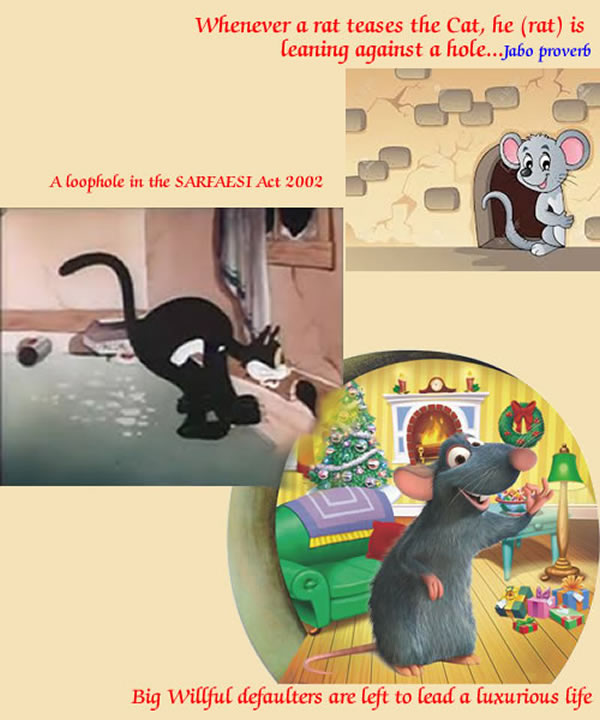 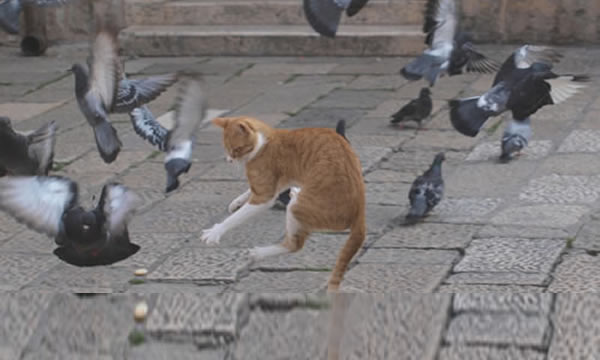 Disguised transition since 1994, from Public Benefactor to Betrayer.

Real Identity of the Banks in India

Deficits in Credibility and Trust of being a Cat:

India has become "Banks own country"

RTI Scan Report of the Banking System in India:

Since, Liberalisation & Reform policies were adopted in the Banking Sector, 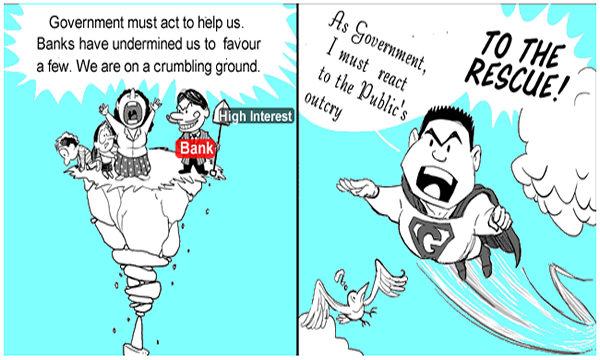 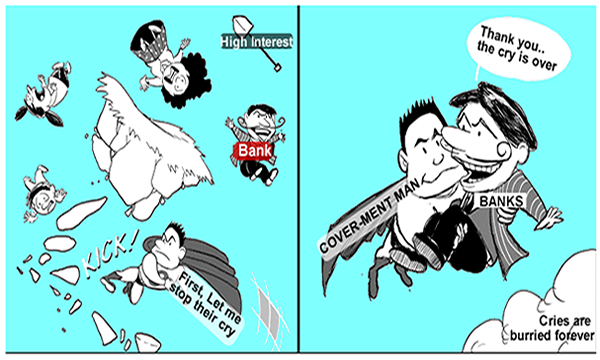 The Banking system in India is invoking KYC (Know Your Customer) details from every one of its customers. But, how much we know about our Banks?

Since 2007, we have been invoking information through RTI (Right To Information) Act from various PSU Banks, Reserve Bank of India, Central Vigilance Commission (CVC) and Ministry of Finance. The information are related to Banking operations (Savings/Current Account Maintenance), Lending (Sanctioning & Pricing) and Ethics (non-discriminatory Recovery principles) which are in place.

The pictorial /cartoon depictions published in this website are based on facts revealed under RTI.

We have 83 guests and no members online